A borderline can idealize you and make you feel like a god and then declare you the reincarnation of Satan in a matter of few minutes. It is very different from bipolar disorder. The core of the idealization and devaluation cycle is the push and pull between the feeling of abandonment and being engulfed by the emotional proximity. The abandonment might not even be actual but just a perceived one. The slightest feeling of abandonment can make them absolutely hate you. For example- You forgot to call them back, or god forbid if you forget their birthday! They will hate you and want never to see you again, but then after a few minutes, they will cry and immediately want you to come back. It is a difficult conundrum to live with.

Push>>Feeling of Engulfment- You are emotionally too close to BPD which will suffocate them. They would want to keep a distance for self-preservation against the possible future feeling of abandonment. They will push you away.

Pull >> Feeling of Abandonment- BPD would want to pull you back towards them to avoid feeling abandoned. It is too common for them to reel back their ex, even though they know that the relationship is over.

Push>> You came back >> BPD feel emotionally suffocated > Push you back

Pull>> When pushed, you leave> BPD feels abandoned > Pull you back

The cycle of Idealization and Devaluation continues. They can’t help but run this cycle in every relationship. They fear the abandonment most but can’t help but push people away and face the inevitable abandonment. The worst part is that BPD will frequently and deliberately push their loved ones away to test the limit of love and see if the people will abandon them. This makes BPD serial cheaters.

When boredom sets in a relationship, especially after the honeymoon phase, they crave drama and novelty. The fear that they will be abandoned once the honeymoon phase is over makes them frantically test the love of their partner. Meanwhile, they also actively look for back-up options or a shoulder to cry on if they imagine that the relationship will end sooner than later. BPD would cheat on their partner just for mental satisfaction in a doomed relationship, so they know that they abandoned their partner first before their partner got the opportunity to abandon them. They can literally say ‘I love you’ to you after cheating on you an hour ago. They feel no remorse because they feel you deserve it and are punishing you for the pain you would cause them after your eventual future abandonment.

During emotional turmoil, BPDs indulge in risky behavior like rash driving, unprotected sex, sexual promiscuity, getting involved in street fights, public indecency, trespassing, stalking, or threatening and harassing people they believe have hurt them. The BPDs often run into law enforcement agencies during this time. They can’t control their emotions and behavior when severely hurt. They don’t know how to make the emotional pain go away and indulge in risky behavior to divert the pain somehow and gain attention or get back at the person who has hurt or abandoned them. A BPD can go to any length to get the attention of the person whom they believe has abandoned them.

BPDs tend to abuse substances such as drugs, alcohol, or tobacco to numb the emotional pain and eliminate emptiness. However, the use of addictive substances aggravates some of the most dangerous symptoms of BPD, like self-harm, rage, and depression. It is during this time they do things that make them regret later. If you are dealing with a BPD, don’t let them make their addiction an excuse for their bad behavior. They try to avoid taking responsibility for their actions by blaming it on their addictions.

BPDs find it hard to stick to one job for long. They also change careers, college majors, and fields of interest frequently. This has partly to do with their fluctuating self-image and inability to control their volatile emotions at the workplace. They can easily annoy the co-workers and supervisors with the ever-changing mood and bouts of rage and depression. BPDs also tend to disappear from work, take long breaks, or go on extended leaves to cope with their personal emotional crisis, making the BPD lose the job or move to a different career path.

BPDs can be the most empathetic among all cluster-b disorders, namely narcissist (NPD), antisocial (ASPD), and histrionics (HPD). They can empathize with others, but the problem is they are so deep in their own pain that they can’t realize others’ pain. When they have the inner turmoil equivalent to category-5 hurricane winds swirling inside them, they cannot empathize with others’ hurt feelings or be compassionate with them. This makes BPDs look very selfish. When you are upset at the loss of your pet, they might shed a tear. But, make no mistake. It is not sorrow or empathy for you. It’s just that the incident reminded them of the loss of their own pet years ago. Their empathy is often misplaced.

6. BPDs have a History of Abusive Relationships-

BPDs relationships are filled with extreme highs and lows. They are quick to jump into the relationship, idealize the partner and subsequently devalue them. Borderlines (BPDs) tend to gravitate towards (NPDs) and vice versa due to their personality’s unique characteristics. NPD and BPD relationships are like yin and yang. BPDs act as the ever overflowing well of emotions, and NPDs act as the bottomless pit of the emotional well.

BPD provides NPD all the attention and admiration they need, and in return, NPD takes on all the emotional discharge of BPD nonchalantly. Imagine the NPDs like black holes for emotions and BPDs like white holes continuously emitting emotions. In the beginning, they find each other perfect for each other, but in the end, the inevitable cycle of idealization, devaluation, and discard follows. BPDs generally make poor choices in terms of life partners and get stuck in abusive relationships. They are very well aware of the harm they can cause to themselves and others.

BPDs suffer from mood swings and emotional disorientation. Imagine a scale from 1 to 10. Normal people usually have emotional stability at 5 and seldom touch 1 or 10. BPDs, on the other hand, keep fluctuating from 1 to 10 throughout the day multiple times. They can go from being happy to sad and then from excited to angry in a matter of minutes. One moment you are the love of their life, and the next moment you are a curse. For this reason, it is like walking on eggshells around them. You never know which action or words can trigger them.

For example, you told them that your friend’s cousin is in France, now this is a harmless statement. But unknown to you, 6 years back they had a French friend who blocked them on Facebook, and 2 years back, they failed the job interview for a french company. Mentioning France will bring all the bad feelings and painful emotions which would pull BPD down in the abyss of an emotional mess. And you are responsible for it because you said something about France.

You never want to go close to a raging BPD. It is like a volcanic eruption of emotions and abuse. When a BPD rages, they become completely unreasonable and are incapable of thinking or making a rational decision. They can get violent and cause physical harm to themselves and others, with the probability of self-harm being higher. The best thing to do is withdraw yourself and let the BPD cool down a bit, making sure that they don’t self-harm.

The amount of emotional pain and depression the BPD suffers sometimes becomes unbearable. To alleviate the emotional pain, they take extreme steps, and one of them is self-harm. In their head, the physical pain will get them relief from the emotional pain they are feeling. You might notice the scars on their hands or other body parts as a sign of self-harm and mutilation. Quite often, BPDs also use self-harm to draw attention towards them or as manipulation tool to force you to comply with their demands. They can behave like a rebel as in give me what I want, or I will shoot myself. Cheating and infidelity (excessive or unprotected sex) are also some ways self-harm manifests in BPD.

10. Non-Existent Self Image of BPD-

At the core of the BPD is the absent self-image. They don’t know who they are. Unlike NPD, who masks a fake image, BPD tries to get their self-image from others. This is the reason they hate abandonment and act clingy. Your abandonment is literally equivalent to losing self-image for them. They rely on others to tell them who they are. Their hobbies, interests, speech patterns, dressing style, everything changes according to the person they are with. If their ex-boyfriend likes diet coke, they like diet coke. If their new boyfriend hates diet coke, they hate diet coke. It is not uncommon for BPDs to have multiple names, identities, and personas.

Do borderlines come back after discard?

A person with BPD would chase you after discard depending on lots of factors. For example, who initiated the break-up? If a BPD initiates the breakup and insists that you never contact them again, most likely, they would not come chasing after you any time soon. It is especially true if something or someone else has caught their attention. BPD, in general, cannot stand to be alone. They initiate the discard after making sure they have a back-up option to rely on. At this point, they don’t want to see you because they want to be with someone else.

If a BPD person feels bored when they are with someone else, they might message you or call you out of the blue, just out of excitement and curiosity. At most, they want to test the water and see if they still got hold of your emotions. If they drop by to meet you, it is more likely that they want to re-live the fantasy of you for a short duration. They don’t have any intention to get back to you or genuinely care about you. At this point, it is all about how much trouble you are willing to take for them.

If you initiated the break-up, the perceived abandonment would deeply affect the BPD. It doesn’t matter if it was them who constantly pushed you away. You broke the BPD push-pull cycle and abandoned them. If they cannot handle the abandonment, it would trigger them to chase you, stalk you, and reel you back in. They would play the victim and would go to unimaginable lengths to get back your attention.

Some BPDs do not connect or associate their identity with their name at all. BPDs also suffer from chronic feelings of emptiness regularly. They feel themselves out of touch with reality and completely dissociate. The symptoms of dissociation become severe during the depression. They completely depersonalize and zone out. Cognitive-behavioral therapy (CBT) can help them build self-esteem.

Emily is an INFP who believes that people should always live their lives to the fullest everyday. She loves her dog JiJi. Emily has graduated from University of Michigan and is a passionate relationship blogger who is looking forward to her career as relationship and dating coach. She is an avid book reader with special liking for romance, horror and sci-fi genre. You can find her on Tumbler. 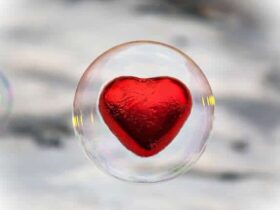 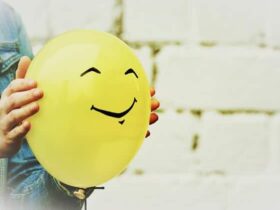 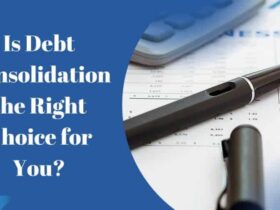 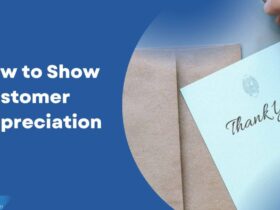 How to Show Customer Appreciation 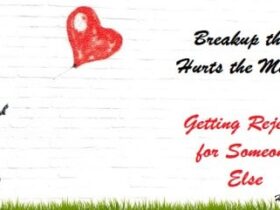 Breakup that Hurts the Most- Getting Rejected for Someone Else 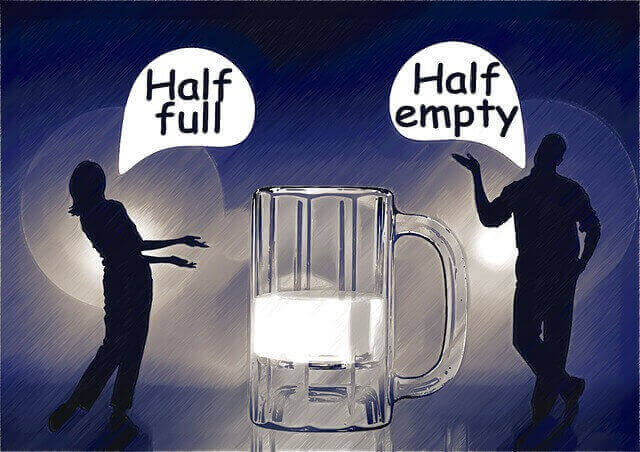 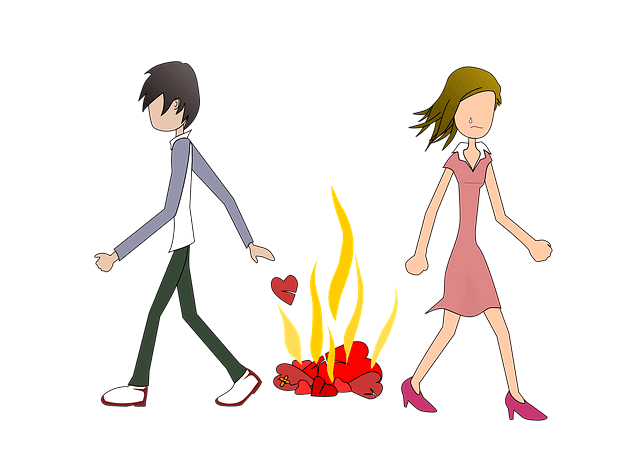 How to be cordial to your ex after breakup